Three sites remain in the final stretch of this light odyssey. Reflecting North across the survey collection from eleven latitudes I am reminded of the locality in which this work takes place and the subtlety with which to consider the details. Factors such as near and far topography, the cloud depth and quantity, local materials shaping reflectivity, and weather patterns condition the sun’s light as it reaches the instruments. Framing this collection then is a challenge in format and range. Shown here are four site sample images of light quality captured in the dish from sunrise to sunset. Each sample from the Southern Hemisphere can be read from left to right as time passes from morning to night with each slice taken from the same section in the center of the dish. 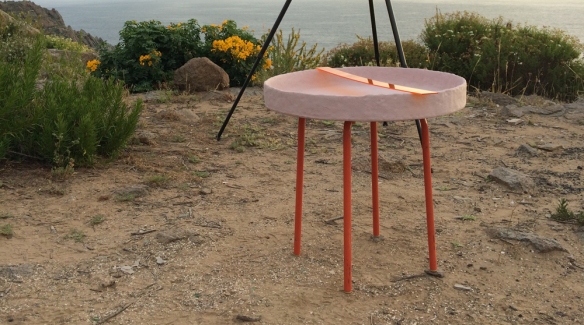 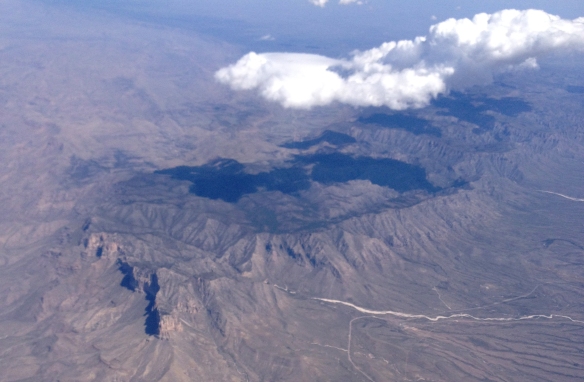 Once again daylight is increasing and nights are getting shorter.

Arrived in the Southern hemisphere where each shift south continues along the longitudinal arc of the earth as it revolves around our closest star in this six month dance with the sun. Within this calculated repetition of earth around the sun and moon around the earth, the light on land is anything but predictable. Local topography and weather treat the sun rays as regional pallets. Vast distances give way to elements that shape and shift the rays as they make their way to ground. This post shares images and drawings made when looking closely at the stratification in our atmosphere, conditions of the sky, and some of the effecting clouds from above. 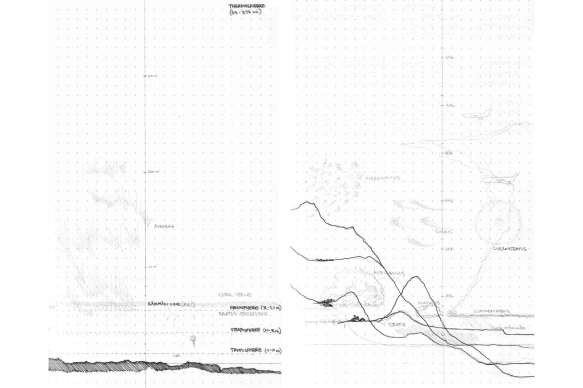 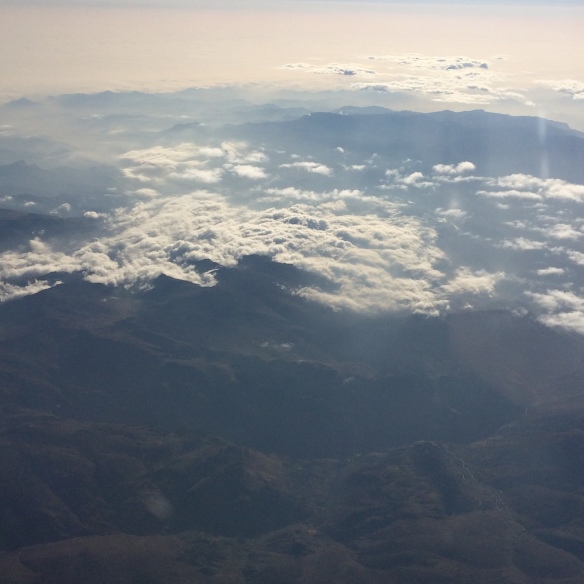 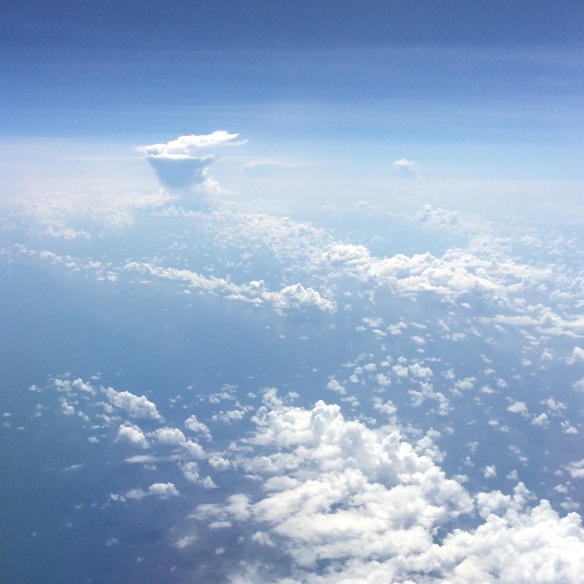 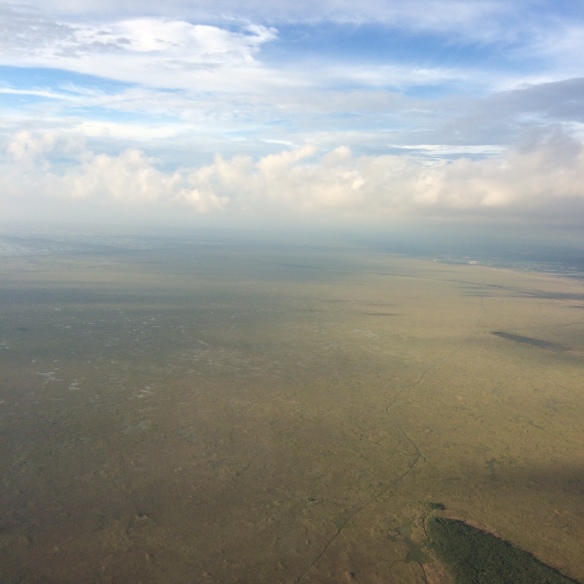 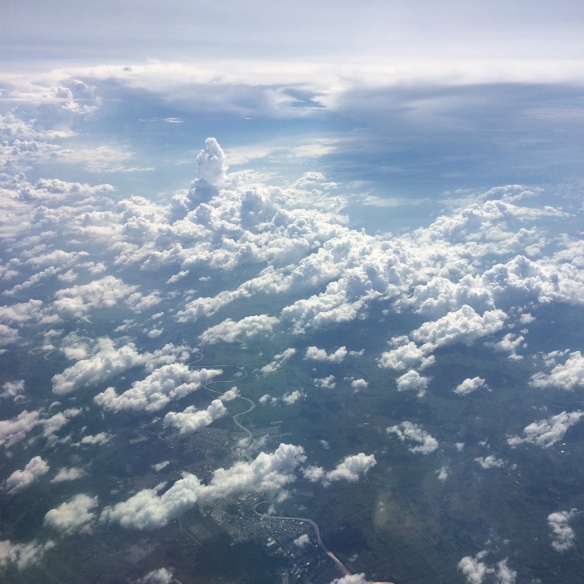 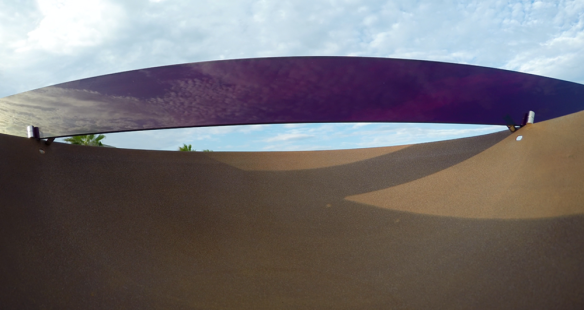 Soon it would be too hot.

More than once this opening line from J.G. Ballard’s “The Drowned World” rang through my mind. The further South I drove the more I foresaw entering a world where continued heat, check points, and the Darien Gap consumed my energy and time, leaving me in jeopardy of missing scheduled light documentation and ultimately the December 21 solstice in Ushaia.

Project Update: back in CA for a quick month to arrange vehicle shipment from California to Peru, and Light 110 continues with a new “North + South of the Tropics” itinerary.

Bypassing latitudes between the Tropic of Cancer and Topic of Capricorn stockpiles time on the Southern Hemisphere.

Gain – this new itinerary provides time to process, create, and summarize images gathered from the seven sites and seventy four days spent in the Northern Hemisphere. Also looking forward to following up with, reaching out to, and visiting resources I missed on the first round. Anyhow, there is always 2016 to run a Light 110 “Between the Tropics” excursion, grant funding pending. 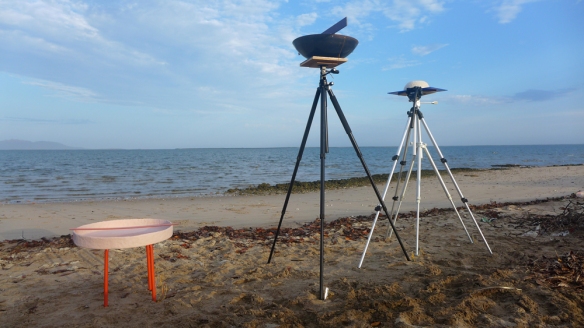 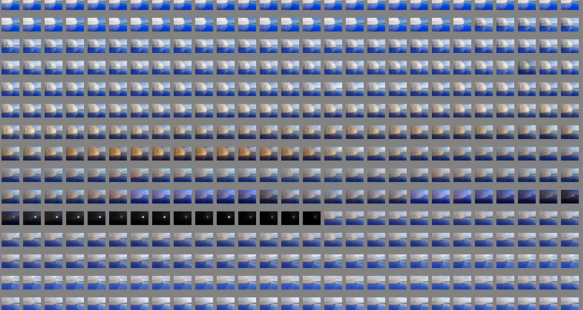 Sketches are the fun way I record site impressions. There exists an inevitable looseness that compliments the time-lapse mechanics of the instruments. At each latitude I draw the site plan, instrument plans, time log, impressionable wild-life (sometimes people), and typical site features. But my favorite to sketch are the site summaries which I draw only after leaving a location, and often this means a few weeks later. These sketches are outlines, intended to summarize the highlights of a place from which I spent three or four days. Eventually I will translate these into digital tapestries, a collaged of sorts from photos and drawings made on site. Here the story of the project expands beyond light, into the fantastical narration of delight and uncertainties.

In route from Seattle to the third project site _N45 for another set of light tracking, image gathering, and content sorting. Returning to the road is now a familiar reminder of the pace, weight, and gear required to capture the ever changing light. This contrast between framework and result was celebrated during a recent sharing of the project in Seattle’s Suyama Space with enlarged sketches indexing equipment on the floor while a projection of light images streamed on the wall. Sharing both the light and the equipment tracking light tethers any aesthetic or sublime to the project groundwork and the essential context from which the work takes place. 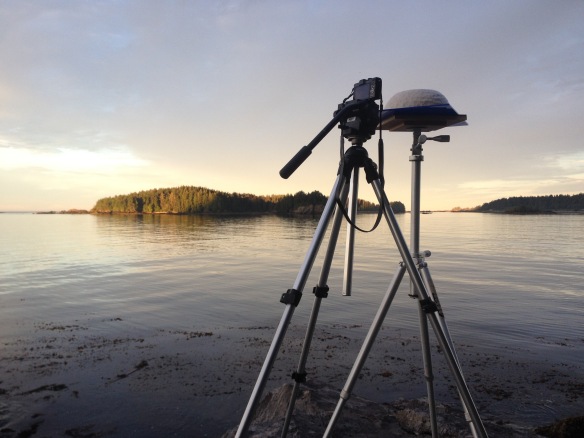 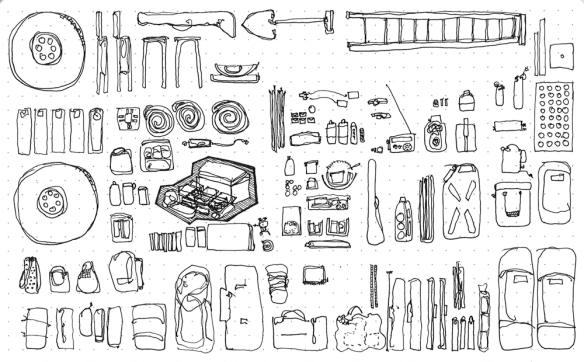 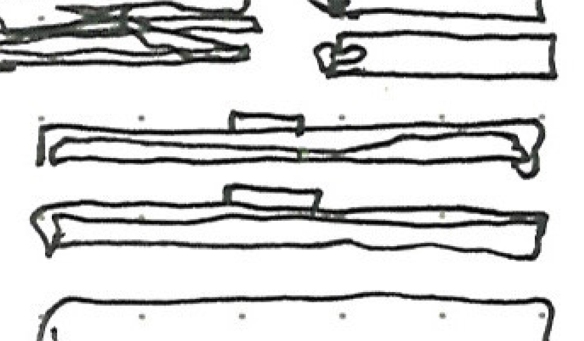 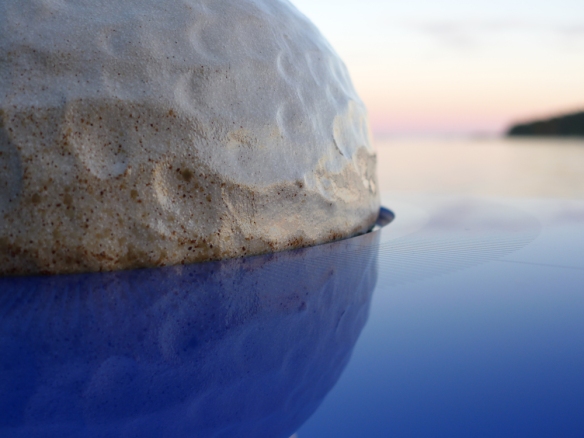 Fortunate weather and calm sea allowed for a quick arrival to the second project site. Good people recommending good places got us to Kyuqout Inn on the coastal edge of the 50th latitude. Far away lands are not so remote when one arrives to strong coffee, electricity, and internet. An enchanting fifteen minute hike gets us to the rocky ledge that serves as the location for light documentation over the next few days. Although enchantment may not be the term used when transporting three tripods, bowls, and a couple of packs by foot – underscore the importance to keep light gear light. Keeping pace with the sun equates to roughly one site documentation per week for the next twenty three weeks. Equally important is keeping pace with documentation processing, critic, and analysis. It is a small triumph then to post some samplings from site N55 taken during a couple hour stretch around sunrise, solar noon, and sunset. 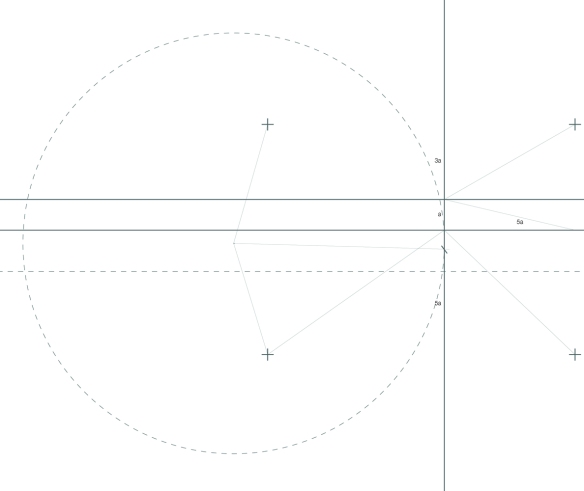 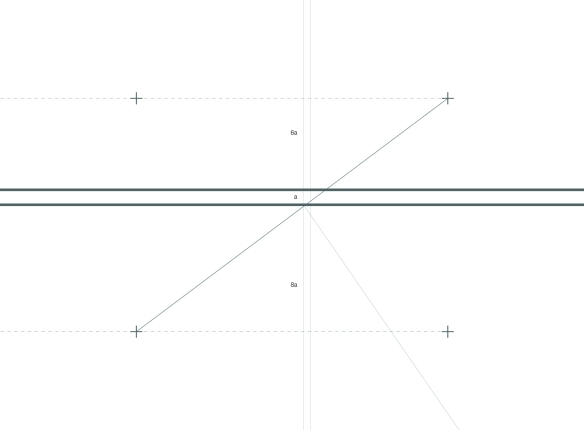 Light 110 is a project with many facets: geographic, poetic, scientific, celestial, architectural, technical, and political to list a few. But right now it is the field work, logistics, and gear tuning that feature strongly in our daily routine. Foundational project thinking and planning mostly took place six months and 4,000 miles ago in West Texas on the Llano Estacado during longer winter nights and exists documented on Light 110 project website serves as an outline marker until other larger patterns emerge worth writing about.

As for today, the sun shines 17 hours with twilight another hour and a half before sunrise and after sunset, leaving a slight four hours of deep blue night. Not black mind you as was confirmed two evenings ago when staying up made more sense than going to sleep between documentation events.

Today marks seventeen days on the road which includes the first project site documentation. Pathfinder named WHIP, gear, equipment, and instruments are working, operating, functioning more or less as planned, designed, intended. Logistics, routine, and tuning have consumed most hours which actually is an indulgence because when else does one have the chance to perfect a lean light-tracking machine. 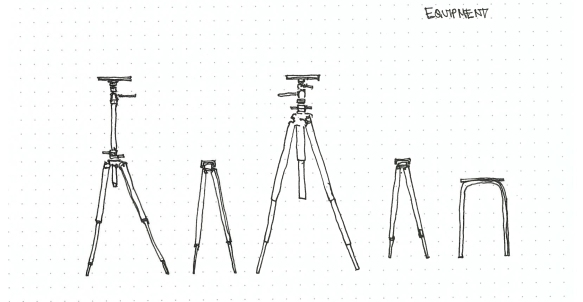 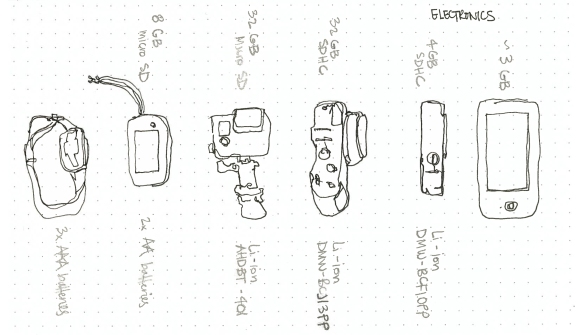 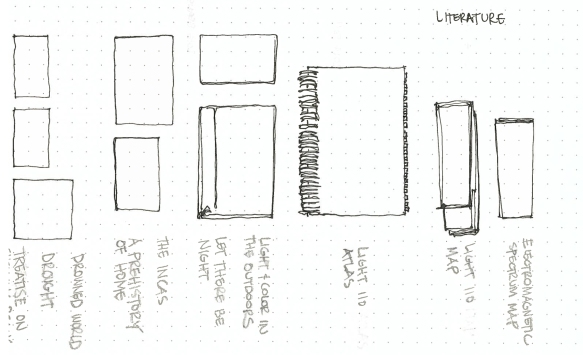 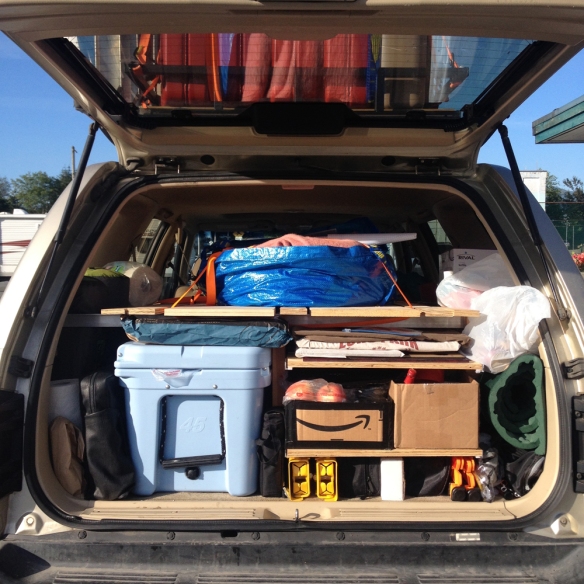 A series of images looking at the near and far of place by including star patterns typically washed out by the sunlight. 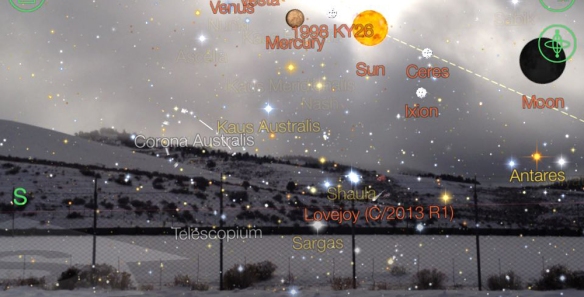 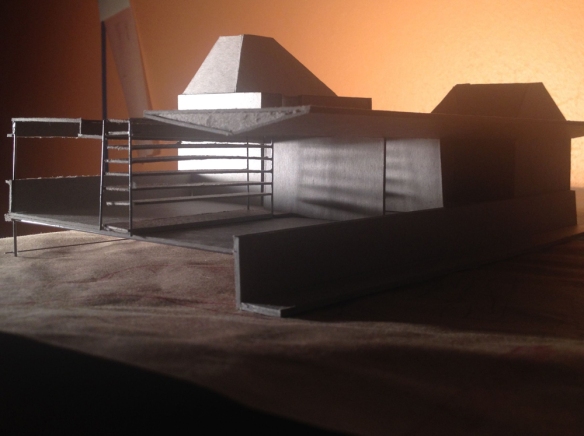 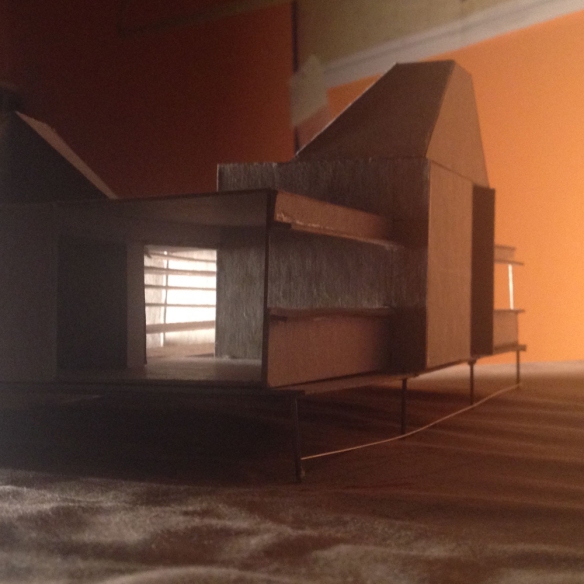 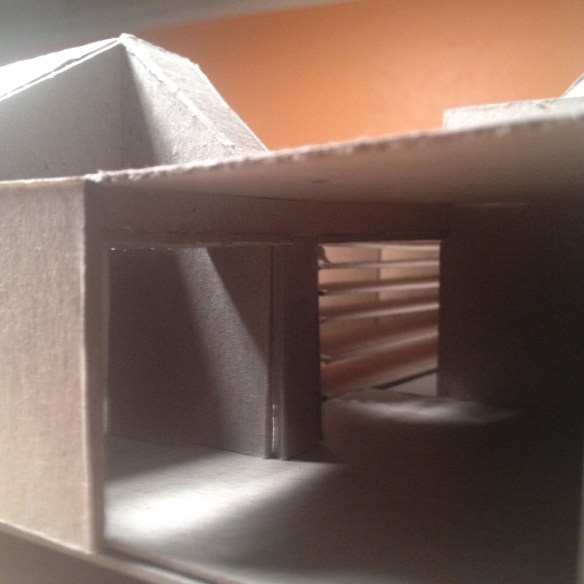 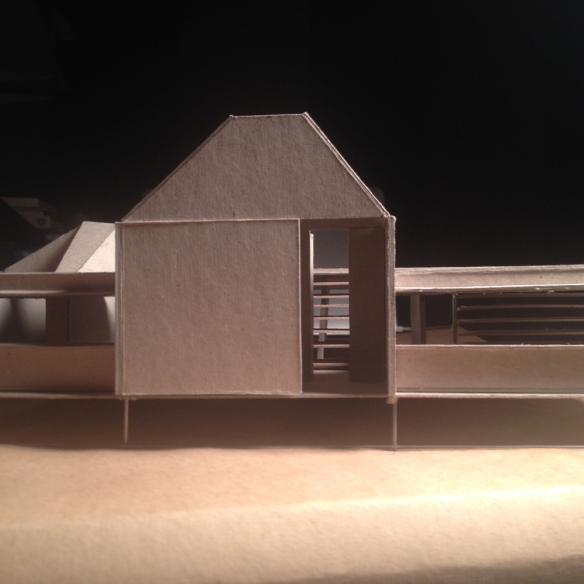 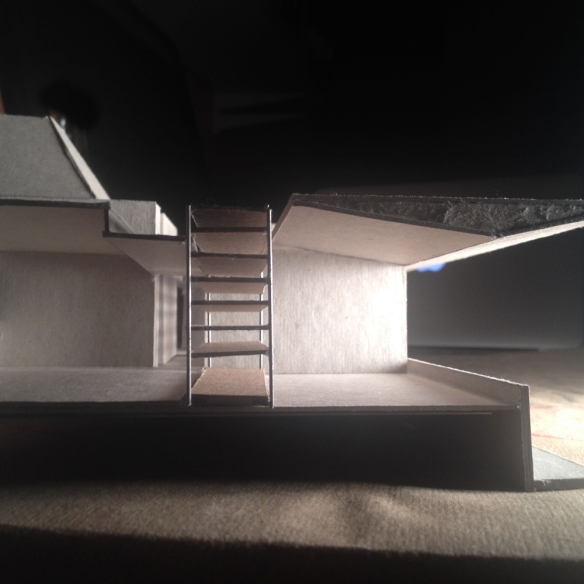 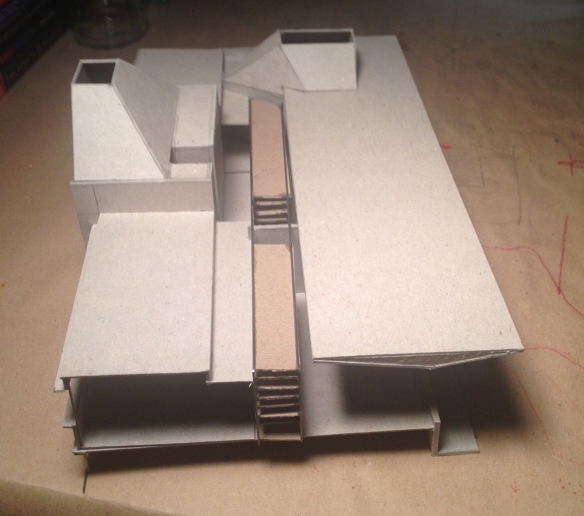 Victoria McReynolds is a Visiting Assistant Professor at College of Architecture Texas Tech University in Lubbock, TX since fall 2010. She completed her Master of Architecture in 2010 at Cranbrook Academy of Art having focused on site based installations and the Nameless Landscape of Detroit. Her Bachelor of Architecture thesis for California Polytechnic State University situated a water park in the dry arroyo of Lompoc Valley dealing with conditions of natural and social cycles. A year studying architecture in Copenhagen, Denmark complimented her undergraduate studies and seasoned her understanding of Western focused architecture.

She has worked professionally for 5 years in Los Angeles, California and Detroit, Michigan, most memorably with Michael Rotondi and Ari Bhod on the Traditional Tibetan Buddhist Temple project. In the summer of 2009, with Linda Taalman, she co-taught a summer design-build architecture studio at Woodbury University. In June 2011 with Chris Taylor, she led a two month study abroad architecture studio in Valparaiso, Chile. Currently she is in Lubbock, Texas teaching and investigating the unique environment of West Texas.